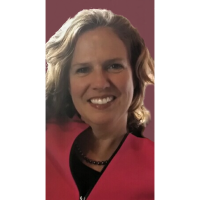 “Joan brings a wealth of experience to this position that will help us increase advocacy and support for our membership” said Guy Mascari, President of the Chamber’s Board of Directors.  He added that “Terry Estness has left the Chamber in sound financial shape and the Board is very appreciative of her dedication during the time that she led the Chamber.”

Hansen previously spent many years with various state agencies in management and policy positions – collaborating with stakeholders in communities statewide.  She was a senior policy advisor at the Wisconsin Housing and Economic Development Authority (WHEDA) and former Deputy Secretary of the Wisconsin Department of Children and Families.  She worked for more than a decade at Wisconsin Manufacturers & Commerce (the State Chamber of Commerce), where she served in dual roles as the Director of Tax and Corporate Policy and as the Executive Director of the Wisconsin Mining Association advocating for small and large businesses.  Hansen is a graduate of the University of Notre Dame.

Hansen’s focus will be to grow the Chamber’s membership, programs and profile in Wauwatosa and surrounding communities.  By hiring a full-time experienced executive like Hansen, the Chamber Board is underscoring the fundamental reason that chambers exist - to support and advocate for its membership and ensure that the concerns of businesses are heard at all levels of government.

The Wauwatosa Chamber is in its 80th year, having been actively representing businesses, institutions and other organizations in and around the west suburban Milwaukee community since 1939.

The Chamber’s Board of Directors conducted an extensive search for a full-time Executive Director and CEO and received over 60 applications.  After being recommended by the Board’s Search Committee, Hansen was approved by its Executive Committee on August 12, 2019 and the full Board on August 15, 2019.  She will begin her new responsibilities on September 3, 2019.

You want to increase profits and drive success. We want to create an environment that enables you to do that. Let’s work together.